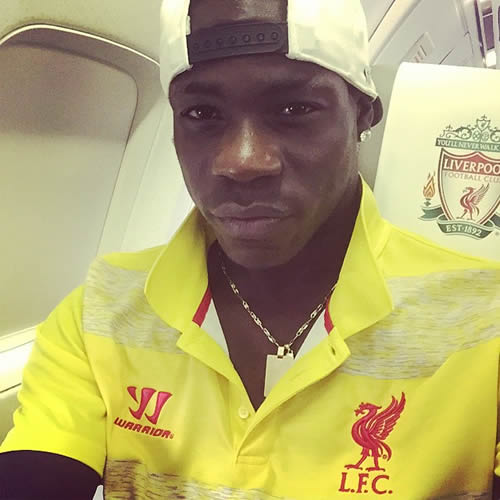 Mario Balotelli took to social media on Monday night to vow to “never lose the faith” following his difficult start to life at Liverpool.

The Italy international has come in for criticism for a series of below-par displays for the Reds since his £16m switch to Anfield from AC Milan in the summer.

However, the 24-year-old posted a picture of himself on the Liverpool plane ahead of their League Cup clash against Swansea on Tuesday night.

The striker uploaded the photo above and wrote: “Never lose the faith! Mai perdere la speranza.”

Balotelli has scored just one goal for Liverpool so far this season, despite making 10 appearances for Brendan Rodgers’ men.

The forward was substituted at half-time during last week’s 3-0 Champions League defeat by Real Madrid at Anfield.

Photo: Chelsea trio pose in hotel ahead of Shrewsbury clash