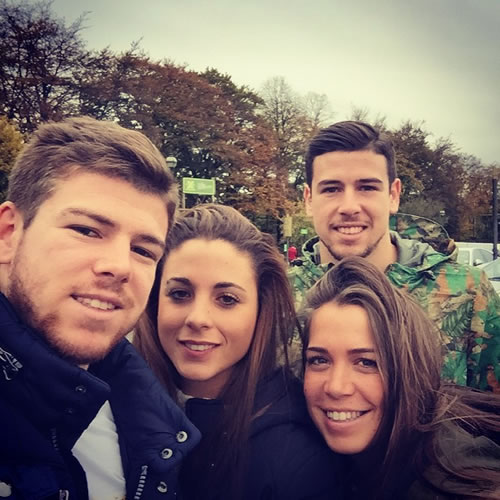 Alberto Moreno has become a regular fixture in the Liverpool starting line-up since his transfer to Anfield – and it appears that he has been settling in to life away from the pitch on Merseyside, too.

The left-back has already notched up seven Premier League starts for Brendan Rodgers’ men following his summer transfer to Liverpool from Sevilla.

Moreno, 22, has also featured in both of Liverpool’s Champions League games this season.

And the defender enjoyed some downtime on Wednesday afternoon as he went shopping with his partner LiLia Granadilla, as well as his brother.

Moreno posted the picture above on Instagram and wrote: “The shopping with my brother @diegomoreno_90 my girlfriends @liliagranadilla and my friend @paula.mejias.”

Juan Mata: The Man United players who would make my five-a-side team