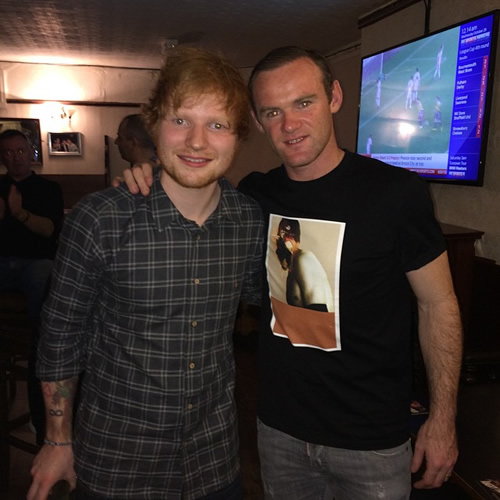 Wayne Rooney made the most of some downtime this week by seeing Ed Sheeran live in concert in Manchester.

The Manchester United captain is due to make his return from suspension for this weekend’s derby against local rivals City.

But the England international has been preparing for his comeback by enjoying some music from singer-songwriter Sheeran as he brought his UK tour to Manchester.

Rooney posted the picture above and wrote: “Brilliant time at Ed Sheeran concert last night. Thanks for a great night mate!”

Rooney has not featured for United since being shown a straight red card in the 2-1 win over West Ham United at the end of September.

The 29-year-old has scored three goals and made two assists for Louis van Gaal’s side this season.