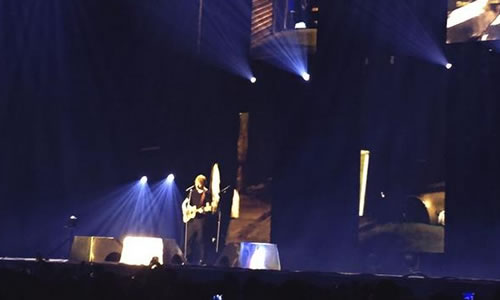 The Dutchman netted deep into stoppage time to earn the Red Devils a 1-1 draw against the Blues at Old Trafford.

And the striker spent Tuesday night at an Ed Sheeran concert in Manchester.

Van Persie posted the picture above on Twitter and wrote: “Just experienced a great performance by @edsheeran He’s so talented, what a voice!!”