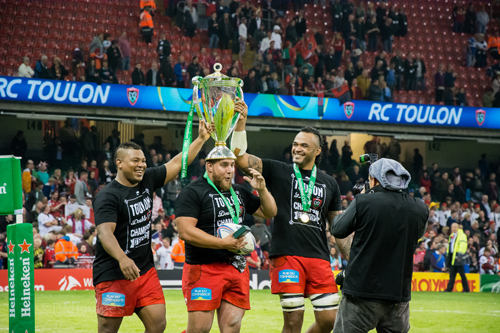 Samson Lee believes that reigning European champions Toulon are again the team to beat as the Scarlets prepare to head to the south of France.

The 21-year-old tighthead prop expects a tough afternoon in the European Rugby Champions Cup on Sunday as he comes up against Toulon’s ferocious pack, including a childhood hero in former All Black Carl Hayman.

“It’s going to be a big old test and a good experience [for me] against the top team,” Lee said. “Toulon are the side to beat in Europe this year.

“You have a look at the squad list, but try not to focus too much on it. I looked up to Carl Hayman growing up, along with Adam Jones.

“It’ll be a really big test in the scrum this week. They have a really heavy pack and it’s going to be tough.”

The Scarlets face a gruelling European having been campaign drawn alongside Toulon as well as two other former winners in Leicester Tigers and Ulster, with the new 20-team tournament designed to ensure only the best clubs in Europe compete.

Despite winning against Harlequins at The Stoop on the opening weekend in Europe last season, a trip to the Stade Felix Mayol should pose an even bigger test.

The reigning champions boast one of the best European home records in the competition, backed by a vociferous crowd, but the Scarlets expect hundreds of fans to make the trip from West Wales to the Côte d’Azur.

“Clermont was a big test last season,” Lee added. “The crowds out in France are unbelievable.

“We have to have a solid platform this weekend and hopefully the backs will help us out.

“We have to take it one step at a time, concentrate on this weekend first, and then see where we go.”