Can you help 11-year-old Liverpool fan realise his mascot dream?

He's only 11, but Jack Gandy could just be Liverpool's biggest fan... 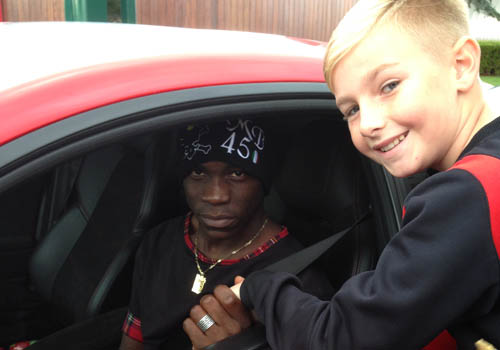 The father of Liverpool’s number one fan is calling on Reds supporters to help his son win his Anfield debut – as a mascot.

Jack Gandy, 11, is a regular at Melwood training ground during the school holidays, and father Lee is desperate for the club to reward his son’s unwavering loyalty with an unforgettable experience.

The Under-11s Netherley Woodlane Legion winger provided struggling Liverpool with a timely feel-good story in October when he inadvertently helped to paint much-maligned Mario Balotelli in a positive light. 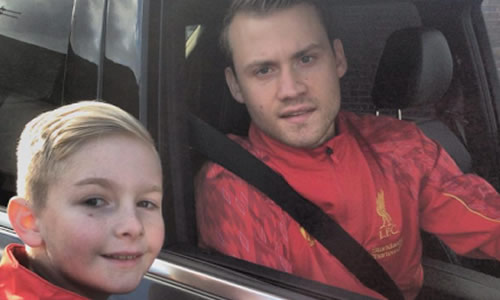 “We were watching the squad train for about an hour before they all went in but Balotelli went over to the far side [of the training ground],” Lee told The Sport Review.

“After 15 or 20 minutes, the coach put his fingers to his mouth and called time to go in, so Jack clapped him, and Mario looked over.

“He walked around the back of the goal and kicked a ball towards us. He scooped the ball up and asked for a pen, his English wasn’t that good, he signed the ball and passed it to us.” 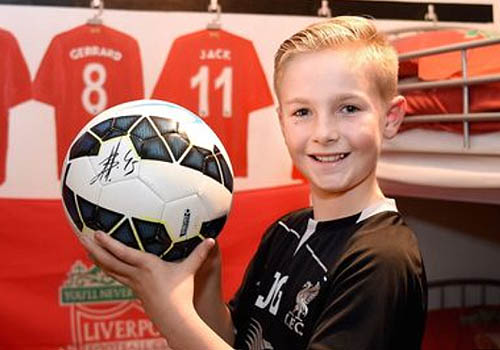 While Balotelli may have forgotten where the goal is in the Premier League, the striker had no trouble spotting Jack as he left training and called him over to his Ferrari for a photo to cap off a memorable day.

Jack said: “He was dead friendly to talk to. He asked for the pen and told me to be good.” 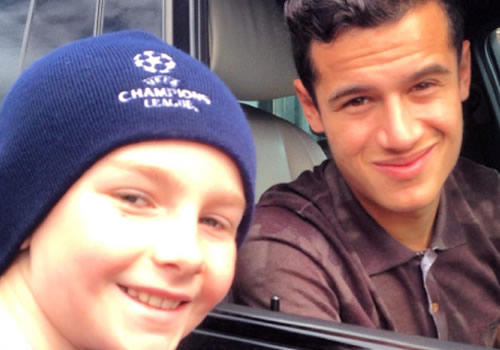 Jack has an impressive record when it comes to chance meetings with Liverpool players and was given a signed pair of boots by forward Jordon Ibe last season. 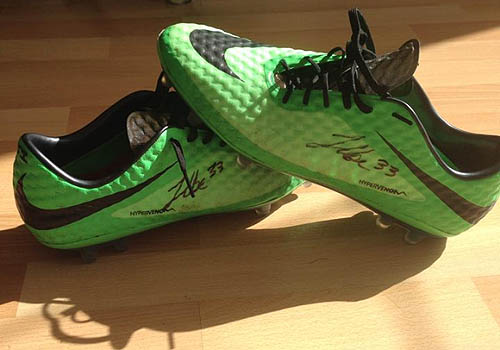 “Jordon Ibe put a photo on Instagram and I asked if he had a spare pair of football boots for Jack. He said yes,” Lee recalled.

“Loads of people started commenting under the photo so I direct messaged him on Instagram. I asked if he was being serious and he replied, ‘Why wouldn’t I be?’. He was dead nice.”

Jack was even rewarded with a football signed by the Liverpool squad after he returned a stray ball that had flown over the Melwood wall to Reds coach Lee Radcliffe, proving honesty does pay. 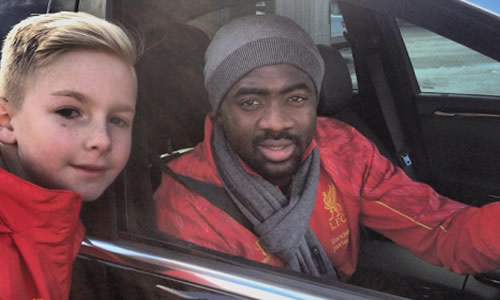 The remarkable encounters don’t stop there, though.

Jack had a brief kick-about with Martin Skrtel after he spotted the defender with his wife and daughter in Calderstones Park in the days after Liverpool’s 1-0 win against Ludogorets.

“Our Jack said to him ‘one-two’, and the next thing they were passing to each other and I was standing at the other end of the park saying, ‘Pass me the ball!’.”

Proving that he doesn’t just have a keen eye for goal as an aspiring winger, Jack also spotted German midfielder Emre Can out and about on Merseyside earlier this season. 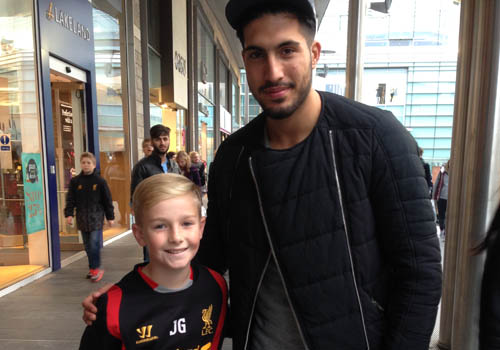 “He went up to him and said, ‘You play for Liverpool, don’t you?’. Emre smiled and said yes. He said to take a photo before putting his hands in the air to give Jack a high five.”

Surely after meeting the likes of Balotelli, Can, Skrtel (as well as host of other players outside the club’s training ground), Jack has earned the right to lead Liverpool out at Anfield?

And after a sixth Premier League defeat of the season at Crystal Palace on Sunday, maybe Jack’s luck could rub off on some of the Reds’ players, too. 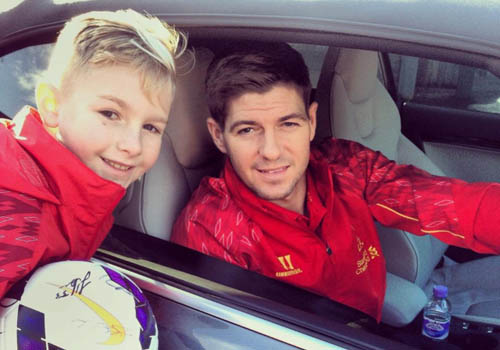 Arsenal have been too inconsistent, says Mikel Arteta