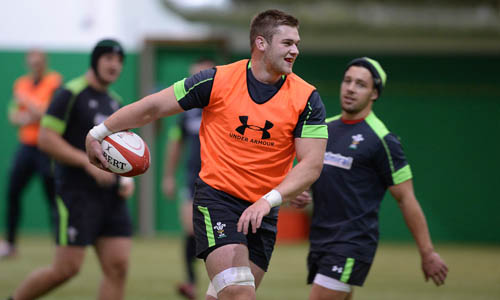 Wales international Dan Lydiate is among 12 players to be offered national dual contracts by the Welsh Rugby Union.

The new deals, aimed to keep talented Welsh rugby union players from seeking lucrative deals in England and France, will see the players remain with their Welsh regions, and have their game time managed by the Welsh Rugby Union (WRU).

“This is an important step forward for Welsh rugby and we will reap rewards in playing standards over the long-term,” Gatland said.

“Any player on a national dual contract will remain in Wales with a region where their development and welfare can be monitored by me and my national squad coaches, conditioners and medical staff.

“I want to personally thank the staff from each of the four regions for their help in getting the national dual contracts up and running.”

The NDCs, a product of the protracted discussions about a new six-year rugby services agreement between the WRU and Pro Rugby Wales, are being 60 per cent funded by the WRU, with 40 per cent coming from the four Welsh regions, providing a pot totalling £3.3m, with a further £6.7m allocated from the WRU for Wales qualified players.

Former Newport Gwent Dragons flanker Lydiate, who played in all three British and Irish Lions matches against Australia in 2013, is the only one of the 12 without a club after he was released early from his Racing Metro contract earlier this month, but it is expected that the 27-year-old will join the Ospreys rather than rejoin his old region, utilising the “specific and agreed reasons” mechanism, which allows NDC players to move to another region.

“In particular I would really like to thank the regions for their help in facilitating Dan Lydiate’s return to Wales,” Gatland added.

“It wasn’t something that we had envisaged so early, or budgeted for, so I would like to thank them for their help.

“We can now focus on ensuring all our best young players are aware that the best way for them to realise their talent in full is to stay in Wales under the new structure we have created.”

Wales captain Sam Warburton was the first player to sign a dual contract in the summer, but Wales head coach Warren Gatland hopes to have as many as 25 players signed up to new deals.

Other players believed to be in the running for the first wave of contracts include Dragons trio Taulupe Faletau and rising stars Tyler Morgan and Hallam Amos, as well as Scarlets trio Samson Lee, Scott and Liam Williams, Cardiff Blues wing Alex Cuthbert, and Ospreys trio Dan Biggar, Rhys Webb and Justin Tipuric.

Cardiff Blues’ new signing Gareth Anscombe, who is in line to make his Guinness PRO12 debut at outside-half against Edinburgh on Sunday, is also believed to be one of the 12 as Gatland looks to fast-track him into the international set-up for next year’s Rugby World Cup.

“The WRU has been actively attempting to introduce national dual contracts for some two-and-a-half years so this is a real landmark moment for Welsh rugby,” said WRU group chief executive Roger Lewis.

“Dan Lydiate suddenly became available while Warren was preparing his list of national dual contract candidates, which offered us the opportunity to bring a key international player back to Wales.

“All the players on national dual contracts will get the best coaching and conditioning whilst having their careers managed in ways which will ensure they achieve and maintain their full potential with the regions and Wales.

“The aim of the contracts is to stem the flow of our best talent abroad and to ensure the players staying in Wales will have the very best care to prolong their careers at the highest level.”