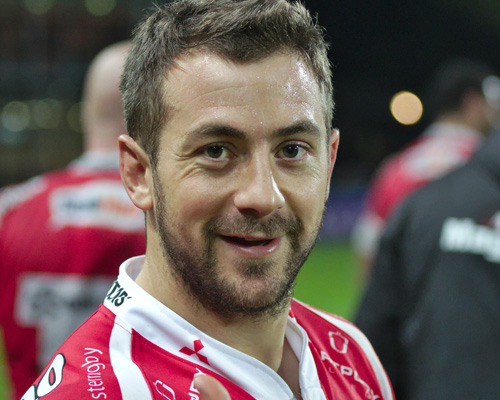 Former Edinburgh scrum-half Greig Laidlaw has been handed the Scotland reins for this weekend’s viagogo Autumn Test match with Argentina.

The 29-year-old, who enjoyed three seasons as captain of the Scottish club before moving south to Gloucester in the summer, is the beneficiary after Grant Gilchrist, his former team-mate, broke his arm just four days after being named Scotland captain for the three-match series.

Capped 31 times for the Dark Blues, Laidlaw has led his country on seven occasions, including their wins over the USA and Canada in June – Vern Cotter’s first two Tests since taking over as head coach.

“Greig offers us a bit of continuity, having captained the side on the summer tour,” Cotter said. “He’s been playing well for Gloucester and I think he deserves this selection.

“He offers us a combination of good tactical nous and good leadership.

“He’s got experience, he reads the game and communicates well with his teammates, so his appointment is due to a combination of factors.

“He’s an exceptionally competitive player and everyone respects his desire to win, to drive Scotland forward and perform well.”

Cotter also revealed today that Edinburgh number 8 Dave Denton, capped 22 times for Scotland, has been added to the squad after recovering from a hamstring injury that had kept him out of action until October.

Expecting to get 30 minutes in the same European Challenge Cup match against Lyon in which Gilchrist and several other Edinburgh players picked up significant injuries, the 24-year-old was forced to play 60 minutes, but came through unscathed and overcame an illness to line up against Leinster last weekend.

Denton’s last international match came during the Six Nations in March as Wales thrashed Scotland 51-3 at the Millennium Stadium and he missed the summer tour with concussion.