Joaquín Tuculet joins Cardiff Blues until the end of the season 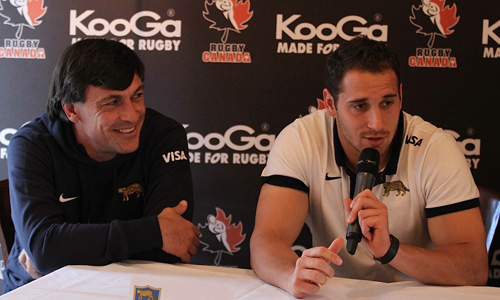 Cardiff Blues have confirmed Argentine international Joaquín Tuculet will join the club until the end of the season.

The 25-year-old, who can play at centre, on the wing or at full-back, joins countryman Lucas González Amorosino in heading to the BT Sport Cardiff Arms Park.

Tuculet joins the Guinness PRO12 club as a free agent at the conclusion of Argentina’s European tour, which ends this weekend against France.

“I spoke with my international team-mate and friend Lucas, and he told me all about the passion of the supporters and the quality of the staff and the players, and so I did not hesitate when making the decision to join the region,” Tuculet said.

“I’m looking forward to meeting my new team-mates and the coaching staff.

“I know I will be working with a very talented and ambitious group and so I am determined to have a strong season, and I hope to show the Cardiff Blues supporters my best rugby.”

The dynamic back has already graced the Aviva Premiership with Sale Sharks in 2011-12, before two seasons in the Top 14 with Grenoble and Bordeaux-Begles.

In 19 appearances for Los Pumas, he has scored six tries, including two in this year’s Rugby Championship against South Africa and Australia, and he featured at full-back against Scotland and Italy earlier this month after an outing for the Barbarians in an entertaining defeat to Australia at Twickenham.

“Joaquin is a quality international player who will add to the squad we are building here at Cardiff Blues,” said Blues director of rugby Mark Hammett.

“We all look forward to his arrival in the coming weeks.

“Joaquin is strong under the high ball, has a strong left-footed kicking game and is also very good at offloading in the tackle.

“His versatility gives us real options in the back line and with the recent injury to Rhys Patchell his signing also comes at the right time for us.”