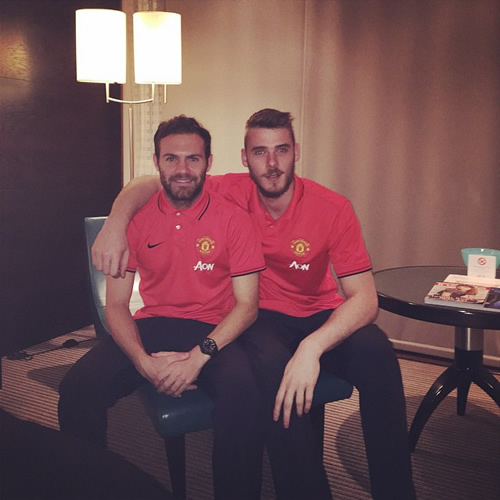 Juan Mata has revealed that Manchester United celebrated their win over Crystal Palace on Saturday with a birthday meal for goalkeeper David De Gea.

Mata came off the bench to score United’s winner at Old Trafford as Louis van Gaal’s side moved up to seventh place in the Premier League.

The Spanish playmaker then joined some of his team-mates to celebrate the goalkeeper’s 24th birthday after the game.

Mata wrote on his blog: “[We went for] dinner on Saturday to celebrate David de Gea’s birthday and we had a very nice time.

“It’s always good to chill out with friends after playing a tense game, especially if we have won. And David is not only a team-mate, he is also a very close friend of mine.”

Manchester United’s next game is a trip to Arsenal in the Premier League on 22 November.

Photo: Arsenal target happy to catch up with Mesut Ozil