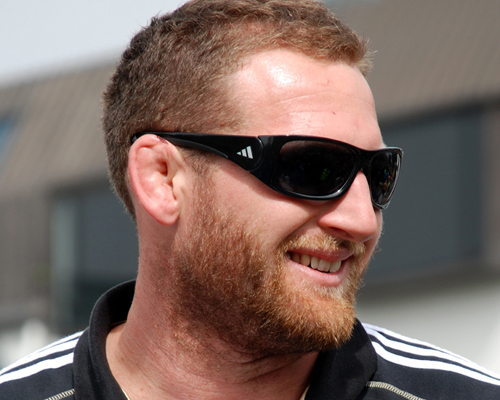 Kieran Read believes that the world champions will have more opportunities against England when they meet at Twickenham on Saturday.

The New Zealand number 8, who has won 70 caps for the All Blacks since making his debut against Scotland in 2008, admits Stuart Lancaster’s team are dangerous, but it also plays into their hands if they make errors.

They are more willing, in recent times, to have a decent crack with the ball and they have got some really skilful players

“They are a decent side,” said Read. “Of course they are more dangerous.

“I think it opens up for us too, to be honest. I think it’s great when two teams actually want to play rugby.

“It creates a better atmosphere for the crowd and the people watching, and it’s good for us in the way we want to play the game.”

England’s last meetings with the All Blacks came in in June as they slipped to a 3-0 series defeat in the southern hemisphere, while Steve Hansen’s side also won last November’s clash at Twickenham 30-23 with Read scoring the second of their three tries.

Read, 29, who is regarded as one of the world’s best number 8s and was, this week, described as a “miracle man” by former All Black back-row star Zinzan Brooke, admits that England have evolved their style of play from when he first faced them six years ago after coming off the bench in a 32-6 win at Twickenham.

“I think their mindset perhaps has changed,” he added.

“They are more willing, in recent times, to have a decent crack with the ball and they have got some really skilful players now that they perhaps did not have a few years ago.

“They are willing to use those skills, which is probably the difference from a few years ago.

“They have improved their game since I first started, when it was probably a more physical game, but I don’t think that’s changed in terms of how they still approach it. They just have a nice well-rounded game.”