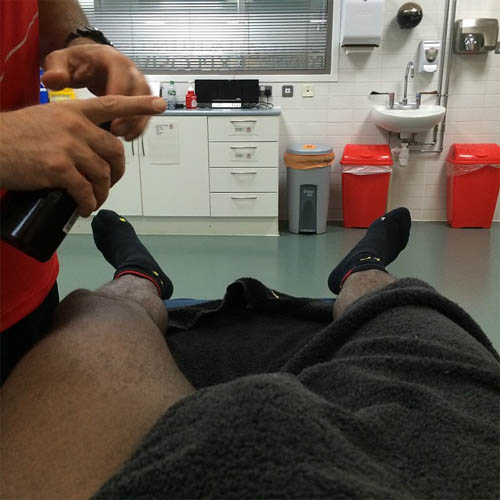 Mario Balotelli has vowed to be back soon after the Liverpool striker picked up an injury on international duty with Italy.

The 24-year-old forward hasn’t made the trip to Ludogorets for the club’s vital Champions League game, staying behind to receive treatment on a groin injury.

And Balotelli took to Instagram on Tuesday night to give Liverpool supporters an almost too revealing update on his injury status.

“Want to be back soon! Praying GOD and keep faith and focus to improve. Good luck tomorrow boys. Come on Liverpool!!!” Balotelli wrote.

The former Manchester City striker has been heavily criticised in recent weeks as Balotelli extended his goalless Premier League run to nine games.

The Italy international has scored two goals in 15 appearances in all competitions following his £16m move to Anfield from AC Milan in August.

Arsene Wenger: Why I’m so positive my Arsenal team will succeed