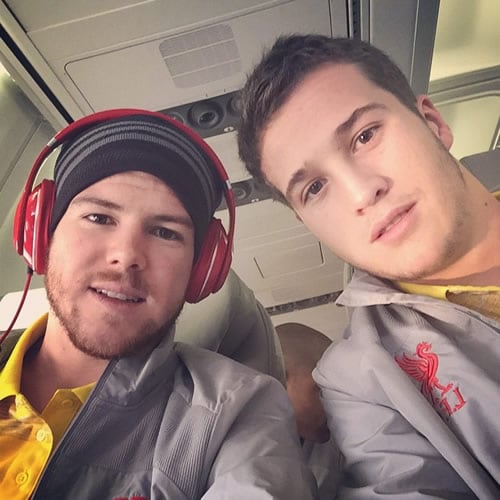 Alberto Moreno looked upbeat as he posed for a selfie with Javier Manquillo as Liverpool prepared to travel to Bulgaria to face Ludogorets Razgrad in the Champions League.

The Reds are looking to return to winning ways after their dismal 3-1 defeat by Crystal Palace in the Premier League on Sunday.

Liverpool and Ludogorets sit joint bottom of Group B with three points each, and need a victory to retain realistic hope of overtaking second-placed FC Basel.

Ludogorets won their last home game 1-0 against Basel to become the first Bulgarian club to obtain any points in the Champions League.

Liverpool, meanwhile, have lost six of their 12 Premier League games this season. They lost six times in the whole of 2013-14.

Photos: Rodgers and Suso share a hug as Liverpool gear up for crunch clash