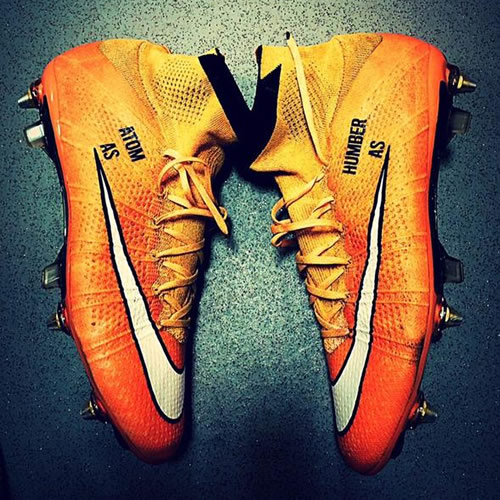 Alexis Sanchez took to Twitter to celebrate Arsenal’s 1-0 win over West Bromwich Albion on Saturday by posting a picture of his match boots on Twitter.

The Chile international played the full 90 minutes at The Hawthorns as Arsene Wenger’s men moved back into the top four of the Premier League with victory.

And Sanchez posted the picture above on his Twitter account after the game and wrote: “Come on arsenal, big win today!!!! Thanks to the fans once again! #AFC”

The victory came after two successive Premier League defeats for Arsene Wenger’s men and hoisted them up to fourth place in the table.

The Gunners had started the game with their lowest points tally in 32 years after 12 games.