Photo: Ana Ivanovic back on the practice court in Manila

The 27-year-old is already looking forward to the 2015 tennis season... 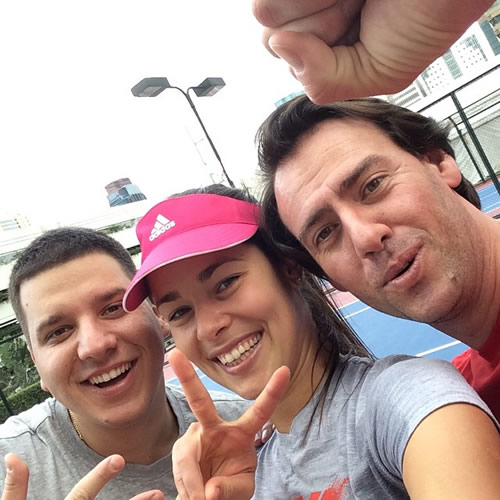 Ana Ivanovic has taken to Instagram to reveal that she has already begun her preparations for the 2015 season.

The 27-year-old is in the Philippines as she looks to build on a successful 2014 campaign next year.

Ivanovic posted the picture above on her Instagram account and wrote: “Back on court! This time in Manila! #iptl #goaces #ajde @zlatkonovkovic #dejan”

Ivanovic, who finished the season ranked No5 in the world, confirmed this week that she will start the new season at the Brisbane International, the only premier-level event in the opening week of 2015.

“I can’t wait to return to Brisbane next year,” Ivanovic said.

“It will be my first time competing at the tournament since 2012 and I’m really excited to have the opportunity to play there again.”

From Djokovic and Federer to Goffin and Coric: records and rankings in 2014