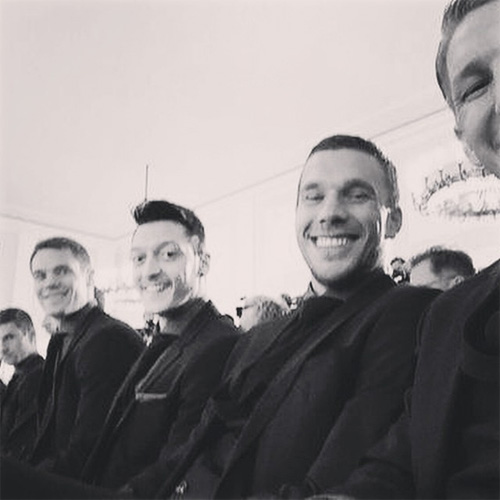 Lukas Podolski and Mesut Ozil were all smiles as the Arsenal duo attended the premiere of ‘Die Mannschaft’ on Monday night.

The Gunners pair joined the rest of Germany’s World Cup-winning squad for the documentary charting their successful campaign in Brazil this summer.

And Podolski, who has been linked with a move away from Arsenal in January, snapped Bayern Munich trio Thomas Muller, Manuel Neuer and Bastian Schweinsteiger, as well as Arsenal team-mate Ozil.

On Monday, Real Madrid midfielder Sami Khedira put Arsenal fans on red alert as he hung out with long-time friend Ozil ahead of the film premiere.

Khedira posted on Instagram: “Good to be back with “the MANNSCHAFT” @m10_official #miroklose” 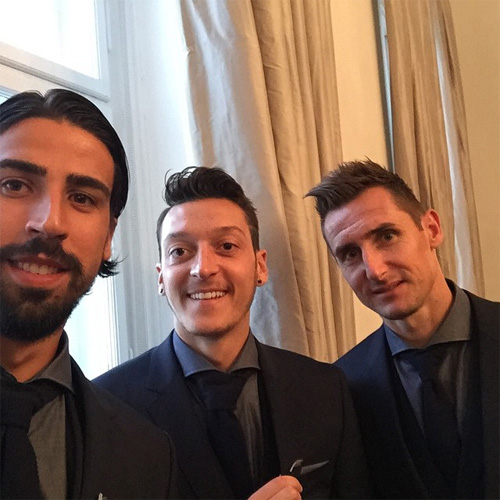 The 27-year-old Madrid midfielder has been regularly linked with a move to the FA Cup winners since the end of the 2013/14 season.