Photo: Arsenal’s Jack Wilshere puts his feet up after surgery

Jack Wilshere is on the road to recovery after ankle surgery 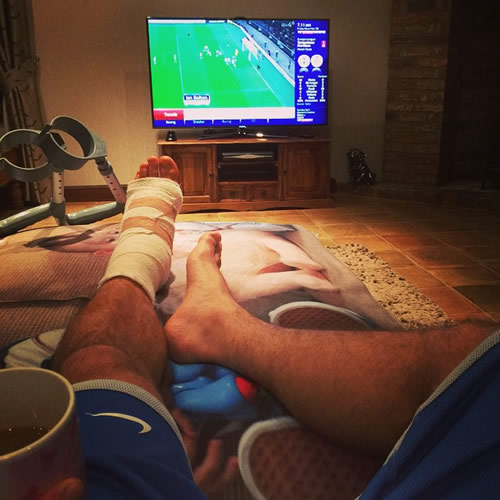 Jack Wilshere has taken to Instagram to deliver an insight into his recovery from ankle surgery.

The Arsenal midfielder has been ruled out of action for around three months after going under the knife on Thursday.

Wilshere picked up the injury during the second half of last weekend’s 2-1 defeat by Manchester United at Emirates Stadium.

And the 22-year-old was up early on Friday morning, as he tuned in to watch some sports news on television at home.

Wilshere posted the picture above on Instagram and wrote: “Early morning catch up on @SkySportsNewsHQ.”

The England international has scored one goal and made one assist in nine Premier League games for Arsenal this season.

Aaron Ramsey: Why Arsenal’s Alexis Sanchez has impressed me so much