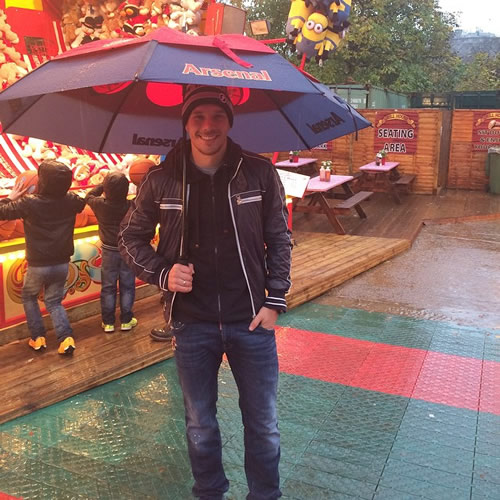 Lukas Podolski took to Instagram on Sunday to aim a subtle dig at Arsene Wenger over his lack of playing time at Arsenal this season.

The Germany international was once again an unused substitute as Arsenal slumped to a 2-1 defeat by Manchester United at Emirates Stadium on Saturday.

Podolski’s future has been a source of speculation in recent weeks, with the forward not having started a Premier League game this term.

And his latest Instagram post will have done little to quieten rumours linking him with a January move away from Emirates Stadium, after he used the hashtag ‘#BreakFromTheBench’ to accompany a photo of himself at Winter Wonderland in London.

Speaking last week, Podolski said: “I have to speak to Wenger because the situation at the moment is not good for me.

“I have to play. I am happy at Arsenal and happy in London but I don’t have the chance to play.”