Lukas Podolski reflects on a 'awesome year' for Germany 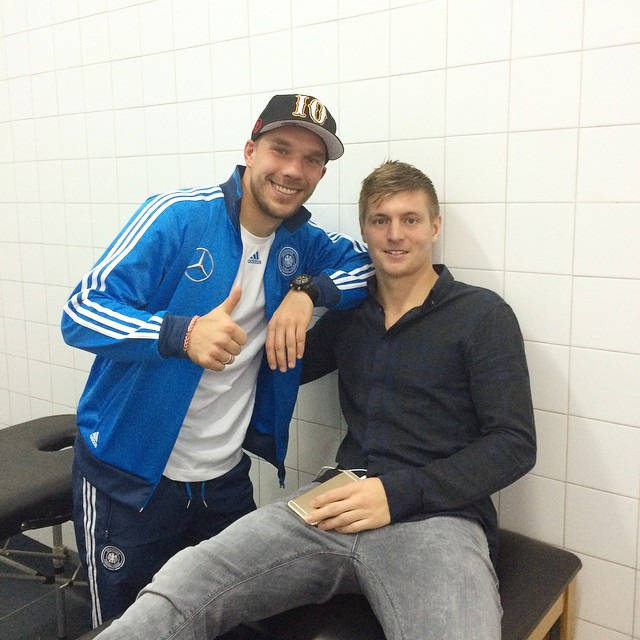 Lukas Podolski has enjoyed a good year for silverware after Arsenal won the FA Cup in May and Germany were crowned world champions in Brazil in the summer.

The 29-year-old may have played a limited role in the FA Cup final and World Cup final, but the Gunners striker is a valuable member of both squads.

Podolski made cameo appearances in victories over Portugal and USA, but the experienced striker didn’t start any of Germany’s games en route to the final.

However, the former Bayern Munich and Cologne man is still proud to be part of Joachim Low’s triumphant side judging by his Instagram post on Tuesday night.

“Last match yesterday – great finish for an awesome year for all of us!! Thanks to the entire team & fans!! We’re all worldchampions!!” Podolski wrote on Instagram.

Germany ended a special year on a high note after Real Madrid midfielder Toni Kroos scored an 89th-minute winner to seal a 1-0 victory over Spain yesterday.

It was the first time Vicente del Bosque has lost a home game since he took over the reins of Spain in 2008.