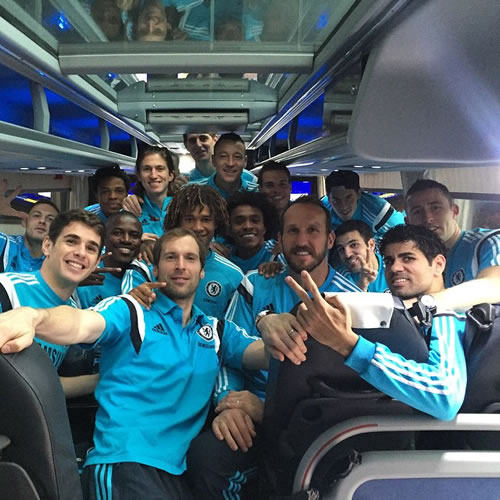 Chelsea’s players were in understandably good spirits after the Blues battled to a 2-1 victory over Liverpool in the Premier League at Anfield on Saturday.

Goals from Gary Cahill and Diego Costa helped the west London side seal the three points on Merseyside after Emre Can had given the hosts an early lead.

And Cesar Azpilicueta managed to fit an impressive 16 players into a photo taken on the Chelsea team bus as they prepared to head back down to the capital.

Captain John Terry added the same photo on his account, and wrote: “Big Team photo and Big 3 points today from the boys.”

The win left Chelsea nine points clear at the top of the Premier League table after 11 games.

Did Chelsea deserve their victory?