Photo: Chelsea star Oscar all smiles with his sister after Sunderland draw 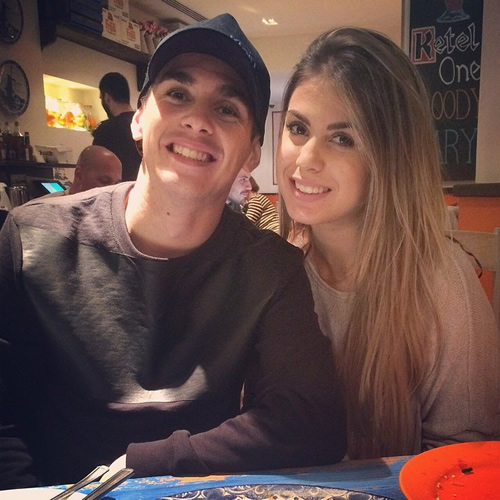 Oscar looked in good spirits despite Chelsea’s goalless draw with Sunderland on Saturday as he posed for a picture with his sister.

The Brazilian played 76 minutes as Jose Mourinho’s men were held to a draw at the Stadium of Light by a battling Black Cats side.

Oscar posted the picture above of himself with sister Gabrieli on his Instagram account on Sunday evening and wrote: “Sisterrrrr @gabrieliemboaba #brigamostododia #mas #euteamo.”

The 23-year-old has made 11 appearances for Chelsea in the Premier League so far this season, scoring three goals and making three assists.

He was part of the Brazil side that suffered a humiliating 7-1 loss to Germany in the World Cup semi-finals this summer.

The midfielder has scored 15 goals in 76 Premier League appearances following his move to west London in 2012.

Photos: Lamela and Soldado react to Tottenham’s win over Everton