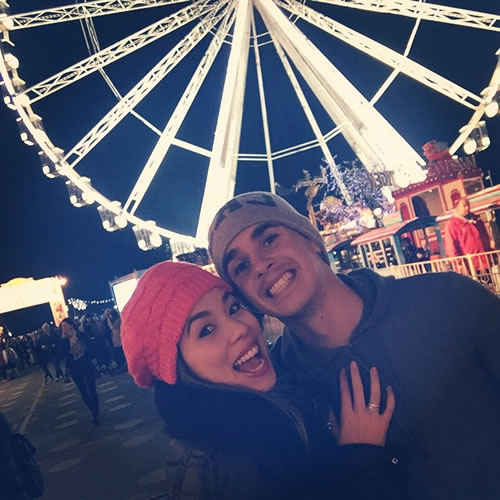 Oscar was all smiles as he paid a visit to London’s Winter Wonderland in Hyde Park with his wife on Thursday evening.

The Chelsea midfielder was enjoying some downtime after helping Jose Mourinho’s men beat Schalke 5-0 in the Champions League on Tuesday night.

Oscar posted the picture above of himself with his partner, Ludmila, on Instagram and wrote: “#WinterWonderland #mylove #meuamor.”

Oscar has scored 15 goals in 75 Premier League appearances following his move to west London in 2012. He has netted three goals and made three assists so far this term in the league.

The Blues midfielder was part of the Brazil side that suffered a humiliating 7-1 loss to Germany in the World Cup semi-finals this summer.

Man United legend Ryan Giggs: Why I chose to retire this summer