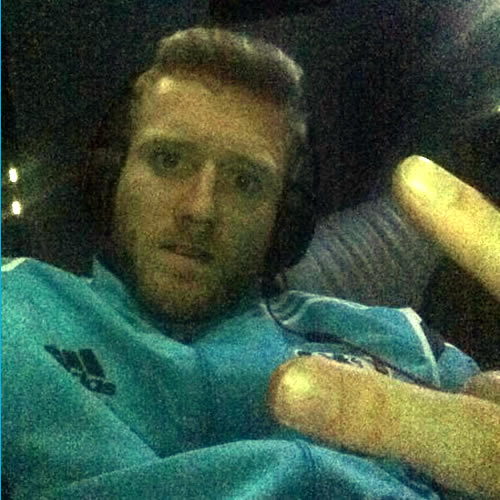 Andre Schurrle took to Twitter on Friday evening to post a dark and grainy selfie as Chelsea travelled up north ahead of their clash with Sunderland on Saturday evening.

Jose Mourinho’s men take on the Black Cats at the Stadium of Light at 17:30 GMT looking to maintain their flying start to the season.

Speaking on Friday, Mourinho revealed that Schurrle took a long time to recover from a bug he picked up on international duty with Germany.

Chelsea are six points clear at the top of the Premier League after having not lost a game in all competitions so far this season.

The Blues booked their place in the knockout round of the Champions League in midweek with a 5-0 win at Schalke.