Photo: Chelsea’s Oscar chills with his wife after Liverpool win 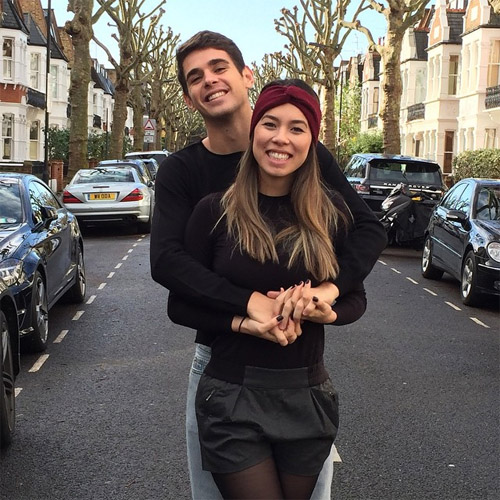 Oscar enjoyed some down time with his wife on Sunday after the Brazilian helped Chelsea secure a 2-1 win at Liverpool yesterday.

The 23-year-old was part of the Blues’s side that secured back-to-back wins at Anfield courtesy of goals from Gary Cahill and Diego Costa on Merseyside.

Oscar is yet to win the Premier League following his £19m move from Internacional in 2012, although he was part of Chelsea’s squad that lifted the Europa League in 2013.

So it was no surprise to see Oscar all smiles as he declared his love for his wife, Ludmila, on social media on Sunday morning.

Oscar has scored 15 goals in 75 Premier League appearances following his move to west London in 2012.

The Blues midfielder was part of the Brazil side that suffered a humiliating 7-1 loss to Germany in the World Cup semi-finals this summer.