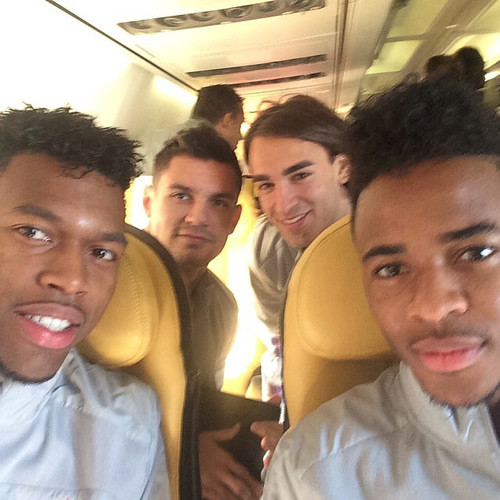 Liverpool look set for a big boost ahead of Tuesday’s Champions League showdown with Real Madrid after Daniel Sturridge travelled out to Spain with Brendan Rodgers’ squad.

The 25-year-old England striker has not featured for Liverpool since August after picking up a thigh problem while on international duty and then injuring his calf in training.

However, Sturridge could be in line to make his return for the Merseyside clash in Tuesday’s clash with the Champions League holders at the Bernabeu.

Raheem Sterling posted the picture above of himself with team-mates Sturridge, Lazar Markovic and Dejan Lovren on Instagram.

Liverpool suffered a 3-0 defeat by Real Madrid in the reverse fixture at Anfield last month.