The Liverpool striker is closing in on a comeback from injury 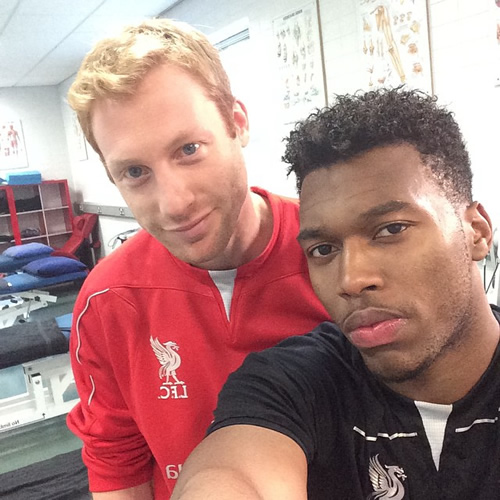 Daniel Sturridge insisted that he is “feeling good” about his return from injury via a post on Instagram on Monday morning.

The England international has not featured for the Reds since August after struggling with thigh and calf injuries.

However, Sturridge is hopeful that he will be back in action for his club when they take on Crystal Palace after the international break.

And the 25-year-old posted the picture above on Instagram and wrote: “Chilling with Matt.. Feeling good. No smiley smiley… Straight faced vibes with tired eyes.”

Sturridge watched on as Liverpool were beaten 2-1 by Chelsea at Anfield on Saturday afternoon.

He has scored one goal in three games for Brendan Rodgers’ men so far this season.

Are Liverpool’s struggles down to missing Daniel Sturridge?