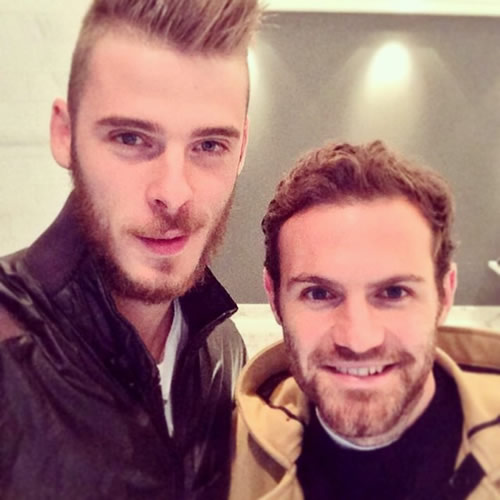 David De Gea has taken to Instagram to heap praise on Juan Mata after the playmaker netted Manchester United’s winner in Saturday’s 1-0 victory over Crystal Palace.

The Spanish midfielder replaced Adnan Januzaj just after the hour-mark at Old Trafford and scored shortly after coming on to hand Louis van Gaal’s side victory.

De Gea posted the picture of the duo above on Instagram and wrote: “With today’s goalscorer @juanmatagarcia Great 3 points!! @manchesterunited.”

Saturday’s victory lifted United up to sixth place in the Premier League table but still 13 points behind leaders Chelsea.

Jose Mourinho’s men maintained their place at the top of the table with an impressive 2-1 victory over Liverpool at Anfield on Saturday.

United’s next game is a trip to Arsenal after the international break.

Does Juan Mata deserve to start Man United’s next game?

Arsenal defender Per Mertesacker not worried by lack of titles

Arsene Wenger hits back at Paul Merson over Arsenal criticism