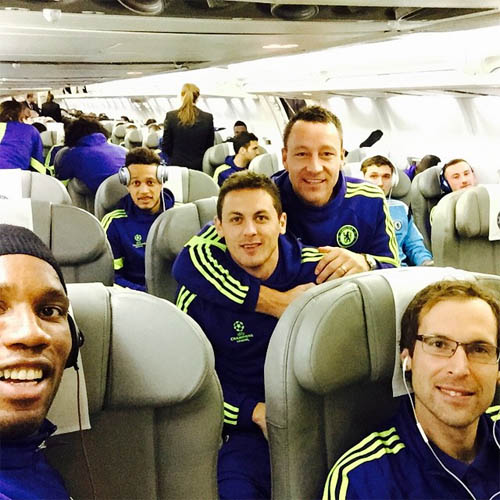 Didier Drogba heaped praise on Chelsea after their “great” 5-0 victory over Schalke in the Champions League.

The 36-year-old forward came off the bench to add a fourth goal after John Terry, Willian and a Jan Kirchhoff own goal had put Chelsea in charge in Germany.

Ramires sealed an emphatic win against their former manager Roberto di Matteo’s side on Tuesday night, booking the west London outfit’s place in the knockout stage.

And Ivory Coast international Drogba, who scored the winning penalty in their Champions League final triumph in 2012, posted a Chelsea selfie to Instagram.

Drogba has scored four goals in 15 appearances after the veteran strike rejoined Chelsea in the summer.