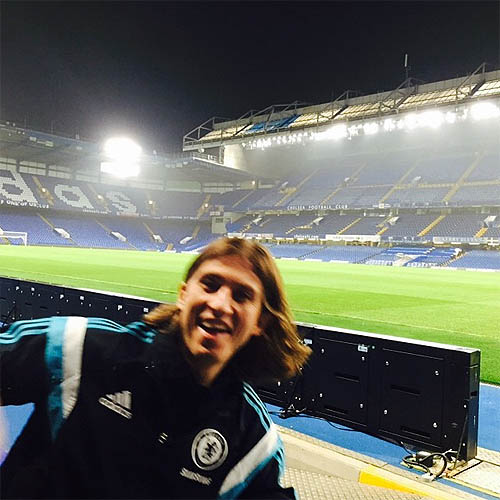 Didier Drogba and Filipe Luis appeared in high spirits on Wednesday night as the Brazilian ‘photobombed’ the Chelsea legend’s snap of Stamford Bridge.

The £20m summer signing joined Drogba and veteran goalkeeper Mark Schwarzer for a Question and Answer session with Chelsea fans in west London.

And the Ivory Coast international opted to take a photo of a fog-drenched picturesque Stamford Bridge, only to be surprised by the 29-year-old left-back.

Drogba wrote on Instagram: “Taking pic of the house and guess who photobombed iiit?!? @filipeluis #Stamfordbridge #audience #fans #fun #sharing #with #the #fans”

Putting on a serious face, Luis also uploaded a photo with Drogba and Schwarzer at The Bridge, thanking Chelsea fans for all their support. 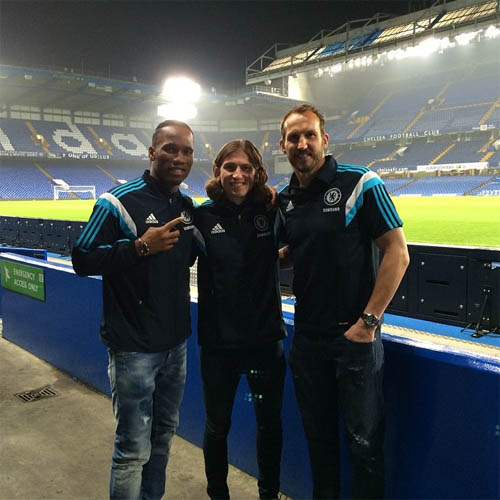 “A big thanks to all of the Chelsea fans for their fantastic support at the Bridge tonight!” Luis posted.

There is lot of games to play, Man City manager tells leaders Chelsea