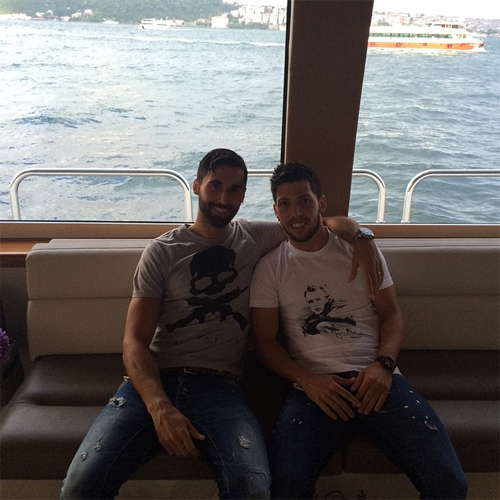 Alvaro Arbeloa and Dani Pacheco may no longer be Liverpool team-mates, but the Spanish pair appear to have kept in touch.

Pacheco called time on his Reds career in 2013 after a series of loan spells at Norwich City, Atletico Madrid and Rayo Vallecano.

The 23-year-old joined Alcorcon before sealing a move to Seguna Divison side Real Betis, racking up six appearances this season.

Arbeloa, meanwhile, followed Xabi Alonso to Real Madrid in 2009, establishing himself as a regular at full-back for los Blancos.

The pair were team-mates for two seasons at Anfield before the Spain international joined the 10-time English champions.

And the Spanish duo appear to have been spending time together after Pacheco posted a photo with his 31-year-old ex-team-mate on Thursday night.

Arbeloa has won La Liga, the Champions League and two Copa del Reys since moving to the Spanish capital.

Could Liverpool do with Alvaro Arbeloa?