Javier Hernandez and Ruud van Nistelrooy catch up in Amsterdam 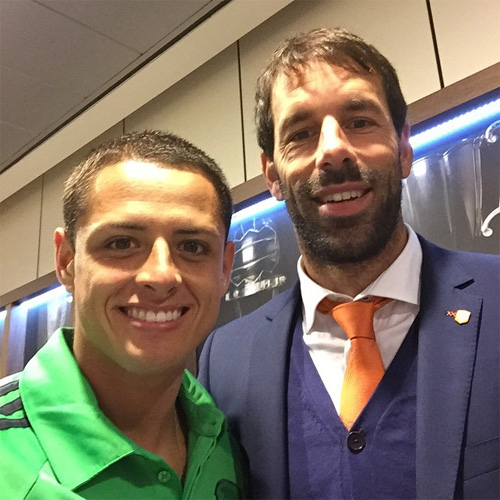 Hernandez, who is on a season-long loan at Madrid from Old Trafford, scored the winner as Mexico were 3-2 winners against Netherlands at Amsterdam Arena on Wednesday night.

The 26-year-old followed in the footsteps of Van Nistelrooy after deciding to leave United, albeit temporarily, to seal a move to Real Madrid in the summer transfer window.

And United supporters will be feeling nostalgic at the sight of the clinical strikers after Hernandez posted a photo with Nistelrooy to Instagram.

Hernandez wrote on Instagram: “Thanks Amsterdam for a good experience! Here a pic with the legend #RuudvanNistelrooy”

Jari Litmanen: Liverpool have too much quality to continue to struggle