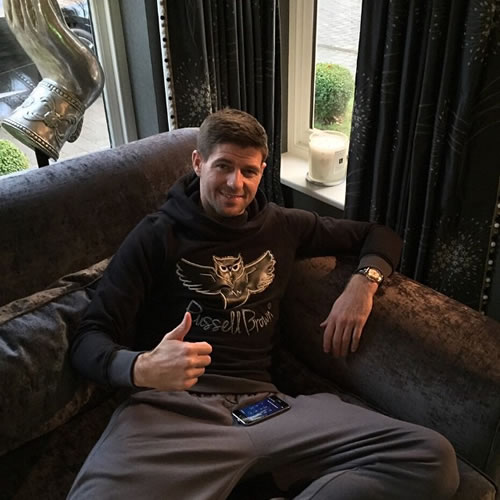 The Red skipper was in the headlines on Saturday after he was left out of Liverpool’s starting line-up for the 1-0 win over Stoke City at Anfield.

However, the veteran midfielder, who was a second-half substitute during the win, appeared to be in good spirits on Sunday afternoon.

The former England international was forced to take to social media earlier in the day to deny reports that he had fallen out with manager Brendan Rodgers.

He wrote on Instagram: “Just to set the record straight media talk of a fall out between us 2 is NONSENSE ..have a nice Sunday#together#solid#ynwa.”