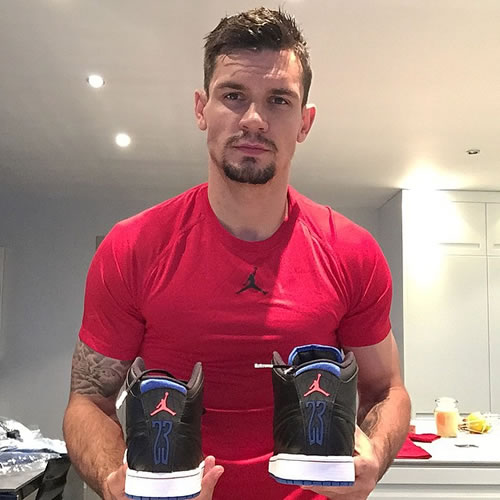 Dejan Lovren has taken to Instagram to show off a shiny new pair of Nike Air Jordans.

The Liverpool defender, who was an unused substitute in Wednesday night’s 2-2 draw with Ludogorets, posted a picture of himself with his new trainers on Thursday afternoon.

Lovren posted the picture above and wrote: “Thank you @nike #23 #MJ.”

The Croatia international moved to Liverpool from Southampton in a £20m deal in the summer.

The 25-year-old has so far made 12 Premier League appearances for Brendan Rodgers’ men so this season.

Speaking earlier this month, Jamie Carragher urged Rodgers to stick with Lovren despite the defender having received some criticism for his performances.

“I thought he was excellent for Southampton last season and that is the reason Liverpool bought him but every manager has a different way of doing things,” Carragher told Liverpool Echo.

“Liverpool’s full-backs are more offensive and so are going to leave you more exposed, that could be something to look at because Brendan Rodgers likes his full-backs to get forward.”

Per Mertesacker wants Arsenal to improve in Premier League