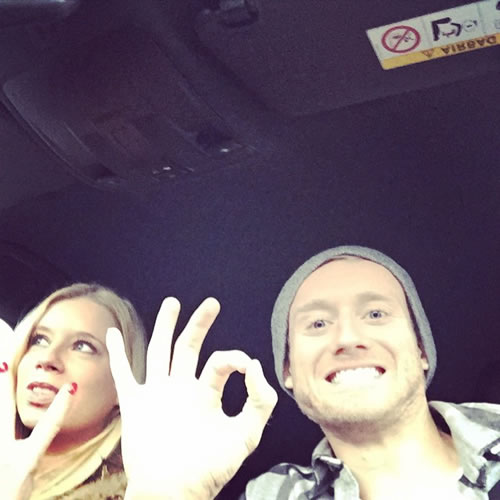 Andre Schurrle woke up to reports linking him with a January transfer to Liverpool on Saturday morning – but the Chelsea midfielder was all smiles on Instagram despite the speculation surrounding his future.

Schurrle posted a picture of himself with his older sister Sabrina and wrote: “Behappy and smile:))) @sabrina_schuerrle”

The Chelsea midfielder’s future has been a source of uncertainty in recent weeks, with the World Cup winner having been limited to just four Premier League starts for Jose Mourinho’s men so far this season.

Liverpool have been touted as a possible destination for the 24-year-old as Brendan Rodgers considers bolstering his midfield options during the forthcoming transfer window.

The Germany international joined Chelsea in a £18m deal from Bayer Leverkusen in June 2013.

Where will Andre Schurrle be next season?