Liverpool striker Divock Origi is back home after international duty 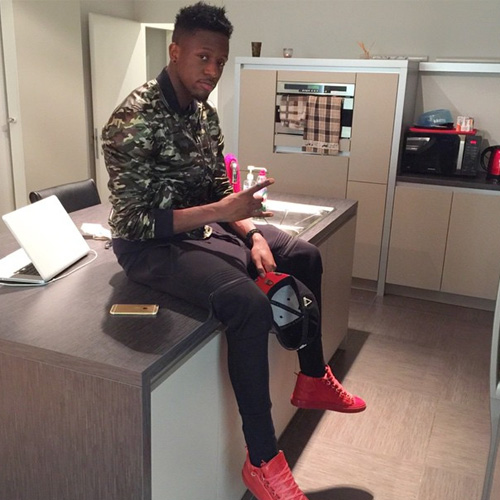 Divock Origi is back home after the striker drew a blank as Belgium played out a stalemate with Wales.

The 19-year-old was handed a starting spot ahead of Everton rival Romelu Lukaku but he failed to beat Wayne Hennessey.

Origi, who agreed a £16m move to Liverpool in the summer before being loaned back to Lille, was replaced in the 73rd minute.

But the Belgium international was all smiles as he arrived back in Lille despite a disappointing performance.

“Back home after the international week with belgium,” Origi posted on Instagram.

On Friday, Origi said he would be open to an early move to Liverpool.

“It is not me who makes the decisions but if the club choose to let me go in January, I would join Liverpool,” Origi is quoted as saying by Daily Mirror.

“I said that I would stay for the whole season and I wish to remain honourable to that, of course.

“But if there was a decision by the clubs, I would not say that I would not like to go to Liverpool in January.

“I would love to move to Liverpool sooner rather than later.

“I can’t wait to be playing in the Premier League because I can now see that it will suit me better. I think there are good things waiting for me with Liverpool.”