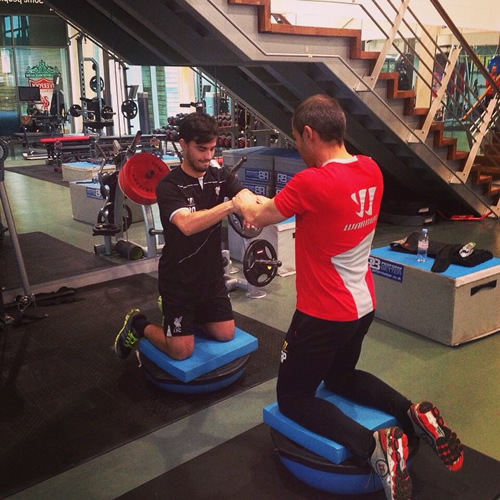 Suso has taken to Instagram to update Liverpool supporters about his recovery from injury.

The 20-year-old playmaker underwent surgery on a groin problem last month after impressing against Middlesbrough in the League Cup in September.

Suso posted the picture above on Instagram and wrote: “Working a little bit with the ‘best’ physio.”

The Liverpool forward’s future has been a source of speculation in recent weeks amid reported interest from Serie A giants AC Milan.

Suso scored his first competitive Liverpool goal in September when he netted in extra-time against Middlesbrough before converting two penalties in the shootout.

The Spain Under-21 international joined Liverpool from Cadiz in 2010, making his first-team debut under Brendan Rodgers against Young Boys in 2012.

Five signings Arsenal should look to make in January