The Manchester United defender doesn't mind helping out with the housework... 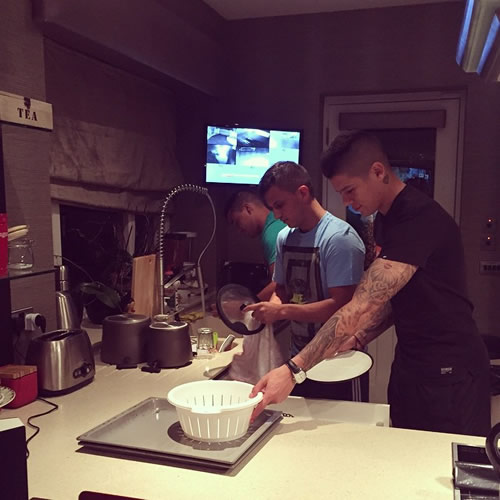 Marcos Rojo has shown off his domesticated nature by helping to do the washing up with some of his friends.

The Manchester United defender was snapped by his girlfriend Eugenia Lusardo busily helping clear up after a meal at his home on Monday night.

Lusardo posted the picture above on her Instagram account and wrote: “Today the men cleaned up!! Lol @marcosrojo @germanpoggio @tatoacevedo11 what helpers!!”

Rojo is currently sidelined after dislocating his shoulder during the derby defeat by Manchester City earlier this month.