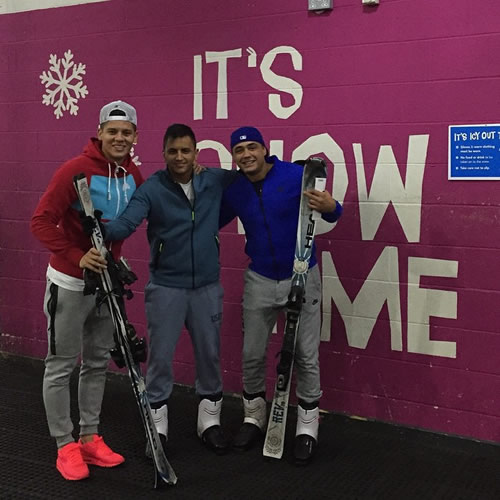 Marcos Rojo appears determined to keep himself entertained as the Manchester United defender continues his recovery from a dislocated shoulder.

The Argentina international spent Thursday with some friends at an indoor ski centre Chill Factore in Manchester – although the defender was wise not to take to the slopes himself.

Rojo posted the picture above on his Instagram account and wrote: “We went to the mountain with these snowmen @tatoacevedo11 and @germanpoggio.”

The defender’s friends then had a go at indoor skydiving, with the Manchester United star watching on again.

He posted the picture below and wrote: “After the snow, to fly lol. here are the two @germanpoggio and @tatoacevedo11.”

The centre-half is currently out of action after dislocating his shoulder during the derby defeat by Manchester City earlier this month.