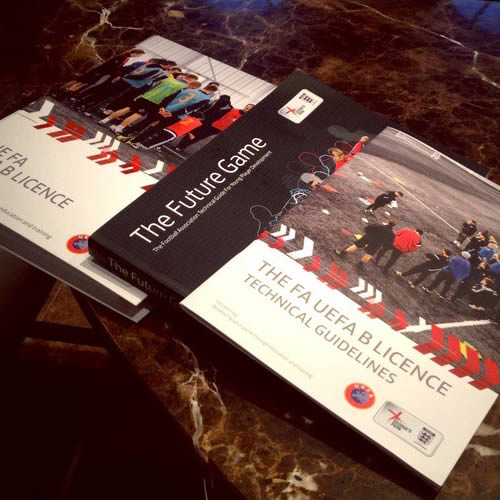 Manchester United midfielder Michael Carrick has underlined his intention to seek a career in football management after he hangs up his playing boots.

The 33-year-old England international clearly harbours intentions of following in the footsteps of Ryan Giggs and venturing into the world of coaching.

Carrick posted a picture of his Uefa B Licence books on his Instagram account on Tuesday afternoon.

He wrote: “Bit of studying to be done here…Next step on the coaching ladder.. Suit/tracky/chino’s on the touch line ??”

The midfielder has been limited to just three Premier League appearances for United this season due to injury.

He was in line to feature for England against this month but suffered another setback in training with the national team and was sent back to his club.