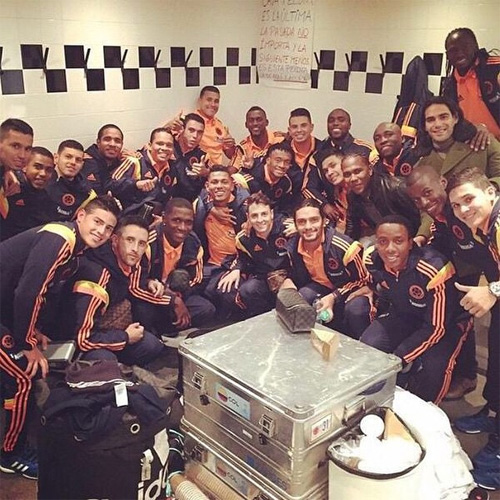 Radamel Falcao appears to be enjoying a break from club life after the Manchester United striker posted a Colombia selfie.

But Falcao, who moved to United on a loan deal from Monaco in September, kept spirits high, taking on the role of the squad’s photographer.

“Image that reflect the joy of this team,” Falcao wrote on Instagram.

USA captain Jozy Altidore had put his team ahead in the eighth minute, converting from the penalty spot after Colombia’s Pablo Armero handled in the area.

Carlos Bacca equalised in the second half before Teofilo Gutierrez headed the winner in the 87th minute to seal a brilliant comeback win for Colombia in west London.