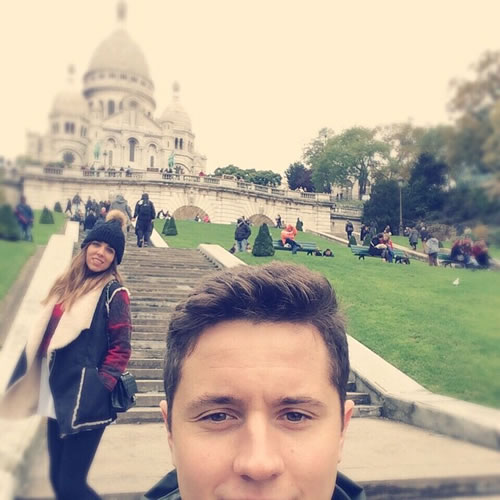 Ander Herrera has been enjoying some downtime during the international break by taking a trip to Paris with his girlfriend.

The Manchester United midfielder was all smiles as he posed for a selfie with his partner Isabel Collado at Montmartre in the French capital.

The Spaniard also posted a picture of himself enjoying a meal with his girlfriend during the city break earlier in the week.

Herrera has scored two goals and made one assist in five Premier League games for Manchester United so far this season.

The 25-year-old has not featured for Louis van Gaal’s side since being substituted at half time during last month’s 2-2 draw with West Bromwich Albion at The Hawthorns.

Herrera, who has been struggling with a rib injury in recent weeks, joined United from Athletic Bilbao in June for a believed to be around £29m.

Photo: Radamel Falcao travels back to Manchester by train