The Spain international appears to be falling in love with Manchester 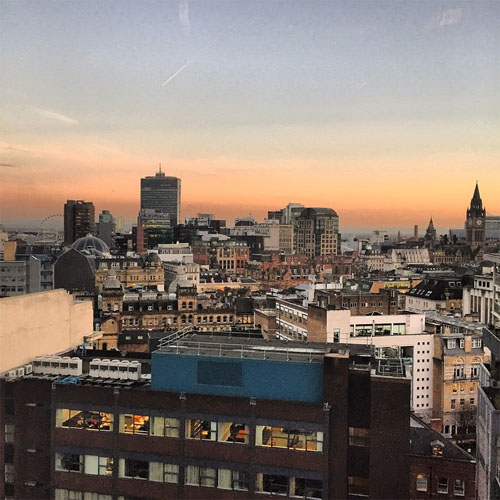 Just this morning, the Spain international revealed that he was writing his personal blog, One Hour Behind, to the music of Italian pianist Ludovico Einaudi.

But Mata appears to be falling in love with his new home, Manchester, after the budding photographer caputued a picturesque sunset in England’s second-largest city on Monday evening.

The United midfielder kept his caption short as the former World Cup winner allowed his photography to do the talking.

The Champions League winner has scored nine goals in 24 Premier League appearances following his £37.1m switch to United from Chelsea in January.