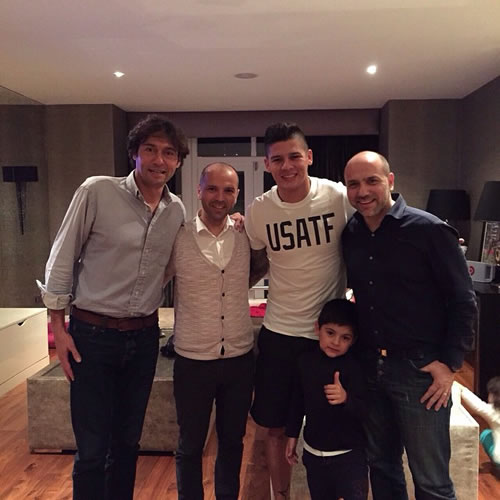 Marcos Rojo doesn’t appear to be letting his spell on the sidelines get him down after he posed for a picture at home on Monday night.

The Manchester United centre-half is currently out of action after dislocating his shoulder during the 1-0 Premier League defeat by Manchester City at Etihad Stadium at the start of the month.

However, the Argentina international looked in good spirits this week, posting the picture above on his Instagram account and writing: “At home with my reps @carlosgoncalves_proeleven @vitor_proeleven #pedro and my buddy #Santi.”

Speaking this week, the 24-year-old said that he expects to be sidelined for another three to four weeks.

How much are Man United going to miss Marcos Rojo?

Alberto Moreno: My first few months at Liverpool have flown by