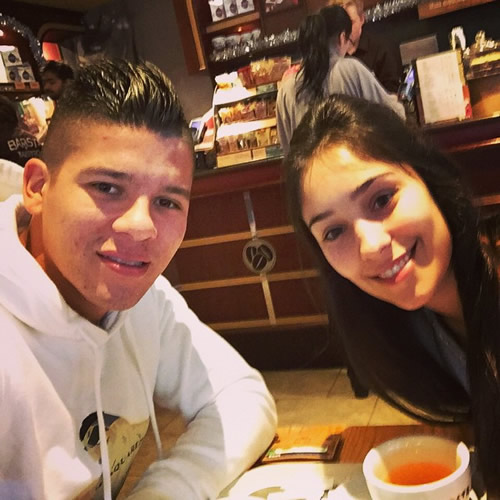 Marcos Rojo enjoyed a spot of breakfast with his girlfriend on Tuesday morning as he continues his recovery from a dislocated shoulder.

The Manchester United defender has been ruled out for around six weeks after suffering the injury during the 1-0 defeat by Manchester City earlier this month.

Rojo’s girlfriend, Eugenia Lusardo, posted the picture above of the duo in a Costa coffee shop and wrote: “Breakfast with my love @marcosrojo.”

Rojo has made seven Premier League appearances following his £16m move from Sporting Lisbon in the summer transfer window.

Speaking about Rojo’s injury on Friday, United boss Louis van Gaal said: “He saw a specialist who said the conservative way to heal it is best. For him, it was positive. Always with these injuries, I cannot change that.

“The human body has been made by God – not by me. Conservatively, it can be less than six weeks.”

Who is a bigger miss for Man United?

Arsenal might get top four at a stretch, claims former Chelsea midfielder