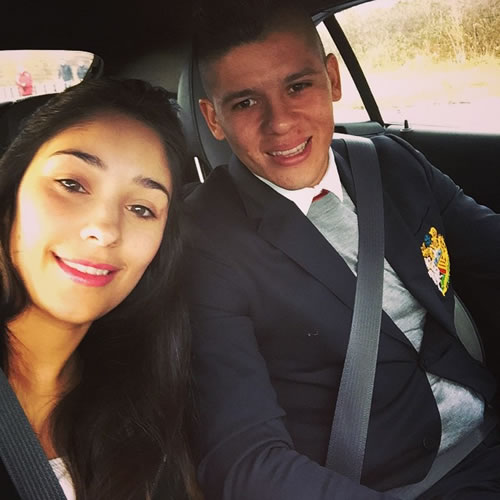 Marcos Rojo may be set for a six-week spell on the sidelines, but that didn’t stop the defender from watching Manchester United’s 1-0 win over Crystal Palace at Old Trafford on Saturday.

The Argentina international has been ruled out of action after dislocating his shoulder in last weekend’s 1-0 loss to Manchester City at Etihad Stadium.

However, the centre-half posted a picture with his girlfriend on their way to Old Trafford ahead of Saturday’s victory.

He shared the photo on Instagram and wrote: “Arriving at old Trafford !!”

The win lifted the Red Devils up to sixth in the Premier League table, but still 13 points behind leaders Chelsea.

Who is a bigger miss for Man United?