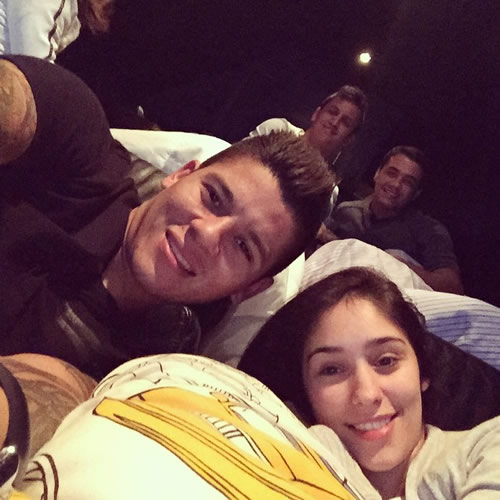 Marcos Rojo has taken to Instagram to voice his support for Manchester United in Saturday’s clash with Arsenal.

The game was evenly-poised at 0-0 at half-time after Jack Wilshere was guilty of missing the best chance of the game when he fired straight at David De Gea.

Rojo is currently recovering from a dislocated shoulder and was initially ruled out of action for six weeks.

The Argentina international posted the picture above of himself with his girlfriend on Instagram and wrote: “Watching the game with @eugelusardo @germanpoggio @atoacevedo11 #ManUnited #Arsenal.”

Speaking last week, the 24-year-old said that he expects to be sidelined for another three to four weeks.

Mourinho refuses to compare current Chelsea crop to past champions