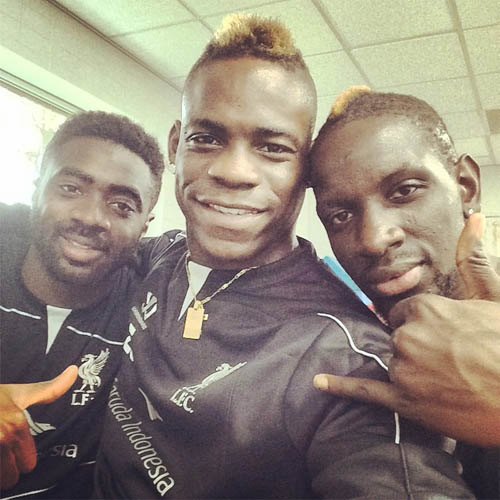 Mario Balotelli says he is planning to train hard and play hard as the Italian striker looks to improve his goal-scoring record for the Reds.

The 24-year-old is yet to open his Premier League account for the Anfield club after Balotelli completed a £16m move in the summer.

However, controversial Balotelli has scored against Middlesbrough and Ludogorets in the Capital One Cup and Champions League.

The Italy international has missed Liverpool’s two most recent games due to injury, but Balotelli appeared to be back training judging by his selfie with Mamadou Sakho and Kolo Toure.