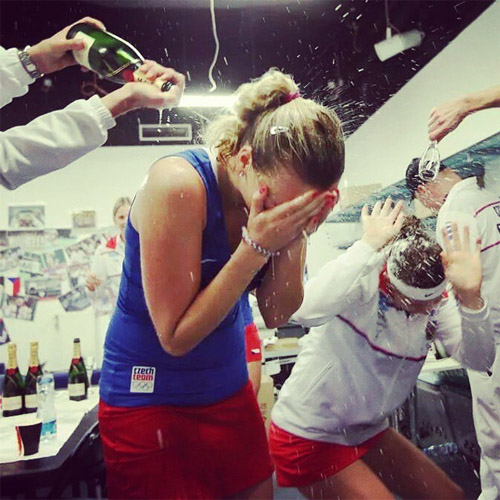 Wimbledon champion Petra Kvitova edged past Angelique Kerber in three sets to push the Czechs out of reach of their opponents.

I had to fight for every single point

Lucie Safarova played her part, too, beating Kerber 6-4 6-4 in the second singles match to give the hosts a 2-0 lead yesterday.

“It was an amazing match and I’m just glad I did it,” said Kvitova.

“It was up and down from the beginning of the match and I had to fight for every single point. Maybe I was just lucky in the end. We will celebrate now.”