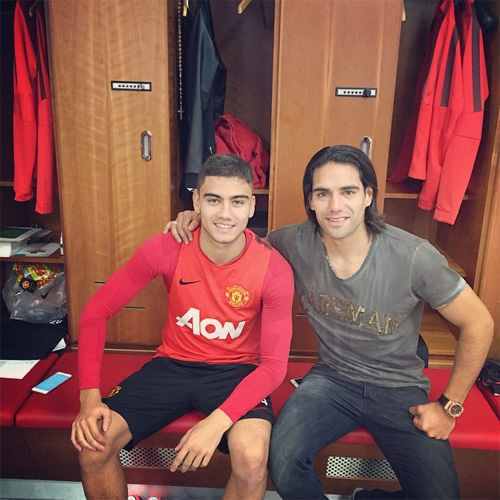 Radamel Falcao appears to be nearing a return to action after the Manchester United striker trained with team-mate Andreas Pereira on Wednesday.

The Colombia international hasn’t featured for the Red Devils since an 18-minute cameo during a 2-2 draw with West Bromwich Albion last month.

Falcao, who has scored two goals in five Premier League appearances, reacted angrily to reports that he has been nursing a knee injury earlier this week.

And the former Atletico Madrid striker posted a photo with Brazilian team-mate Pereira, welcoming his fellow South American to Instagram.

Falcao, who missed Saturday’s 1-0 win over Crystal Palace, denied reports of an injury via a message on Twitter on Monday.

“It is disastrous what a few fools can do.”