Photo: Radamel Falcao travels back to Manchester by train 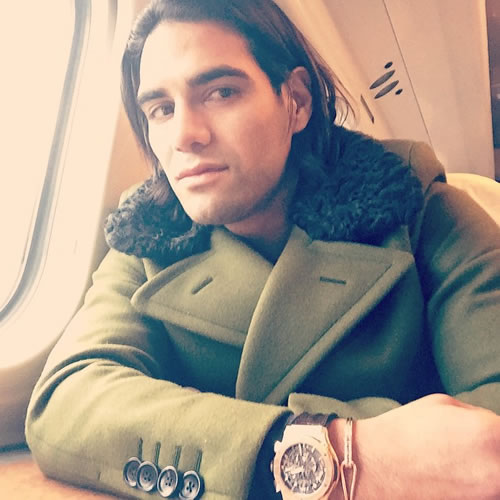 Radamel Falcao looked in good spirits as he snapped a selfie on his way back up to Manchester from London following Colombia’s friendly win over the USA at Craven Cottage.

The Red Devils forward didn’t feature in the 2-1 victory over the United States on Friday night as he continues to recover from a calf injury.

However, Falcao was in London with his national team-mates as they sealed a win at Fulham’s home ground, before travelling back up north by train on Saturday afternoon.

The 28-year-old posted the picture above on his Instagram account and wrote: “Returning by train from London to Manchester to continue the trainers.”

USA captain Jozy Altidore had put his team ahead in the eighth minute when he scored from the penalty spot after Colombia’s Pablo Armero handled in the area.

Carlos Bacca equalised in the second half, before Teofilo Gutierrez headed the winner in the 87th minute to seal a comeback win for Colombia in west London.